Fauci Lied on Purpose to Manipulate the Public

NYT: Fauci admits to deceiving the public about herd immunity because he wanted more people to get vaccinated

According to the Times, in the telephone interview, “Dr. Fauci acknowledged that he had slowly but deliberately been moving the goal posts. He is doing so, he said, partly based on new science, and partly on his gut feeling that the country is finally ready to hear what he really thinks.”

In other words, Fauci’s advice to the American public on one of the most critical aspects of the coronavirus pandemic, has not consisted entirely of his honest opinion, formulated by the best science, but rather on what he thinks the country is ready to hear.

Dr. Fauci went on to even more expressly admit that he had fudged his public pronouncements in order to encourage people to take the vaccine. According to the Times, Dr. Fauci was ready to raise his estimates “weeks ago” but refused because “many Americans seemed hesitant about vaccines, which they would need to accept almost universally in order for the country to achieve herd immunity.”

Blithely continuing to explain how polling, rather than science, informed his public pronouncements, Fauci went on: “When polls said only about half of all Americans would take a vaccine, I was saying herd immunity would take 70 to 75 percent. Then, when newer surveys said 60 percent or more would take it, I thought, ‘I can nudge this up a bit,’ so I went to 80, 85.“ 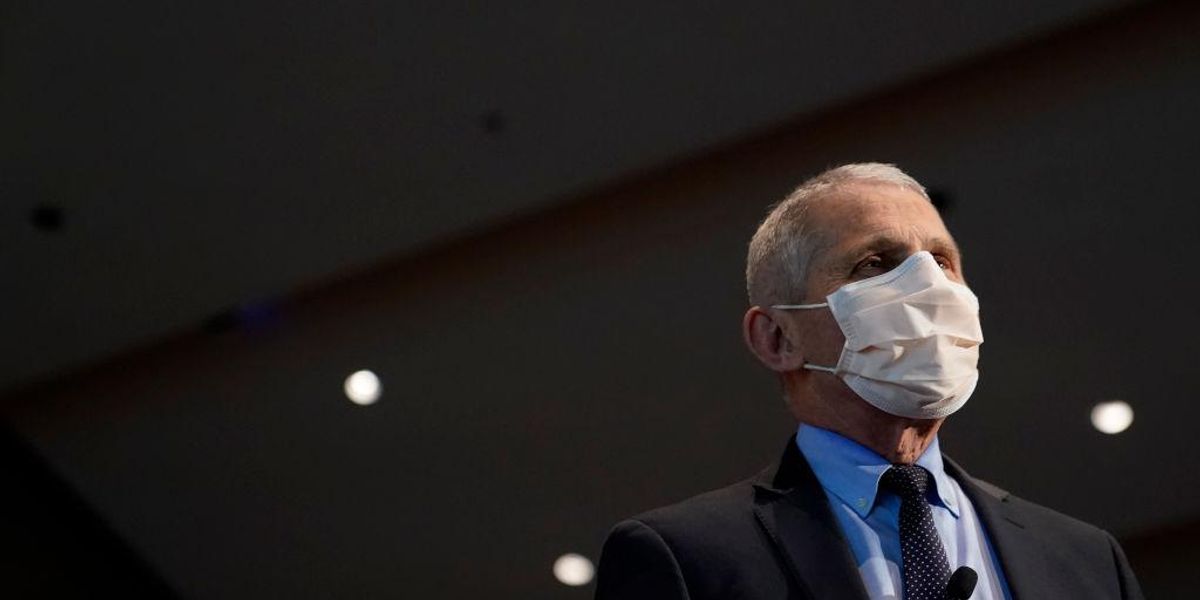 NYT: Fauci admits to deceiving the public about herd immunity because he wanted more people to get vaccinated
Fauci apparently thinks it’s appropriate to deceive the public for their own good
© 2007-2021 Walk In Verse All rights reserved

PrevPreviousUPMC Staff, Not Down with Vaccine
NextFree Weed With COVID InjectionNext